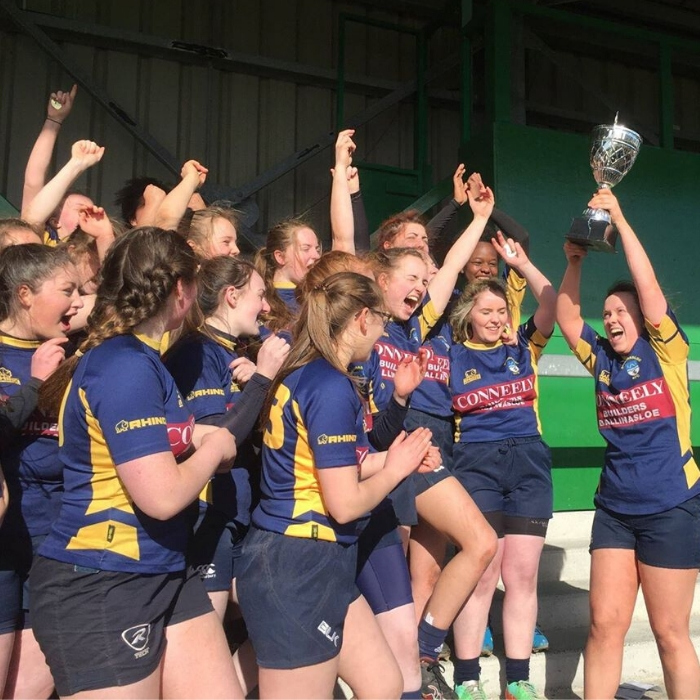 The game of rugby football was a popular pursuit and sport in the Ballinasloe of the late 1860s, thanks to the generous patronage of the principal landowners in the area, the Earls of Clancarty.

At their Garbally Demesne, exhibition matches were played in the lawns of the great house for the entertainment of guests at dinner parties and other social events.

It is likely that the players in those embryonic days were an amalgam of some boys with a ‘’Public School’’ background, army personnel and staff from the Garbally estate.

And while that year is acknowledged as the formation of the club it is quite possible that it may be older still. Thus Ballinasloe’s claim to be one of the oldest rural clubs in Ireland.

At this time, Ireland like Britain witnessed an increasing trend towards the structuring and regulation of sport and rugby was no exception. With Munster, Leinster and Ulster already having branches affiliated to the IRFU, Connacht went about seeking admission at a meeting held in Corless’ Burlington Dining rooms in Andrew Street, Dublin on December 8th. 1885.

A Mr Hastings from Ballinasloe was in the chair and while there was a little confusion as to the ‘bona fide’ standings of some of the Connacht clubs, Ballinasloe was fully legitimate and indeed was one of only four clubs from the province to be affiliated to the Union at the time.

Despite any questionable arrangements that may have emerged from that meeting all those years ago, it is, nevertheless, deemed to be the birth of the Connacht Branch.

Later, a Mr Wheeler from Ballinasloe was elected as its first Honorary Secretary. In those far off days, Ballinasloe played their local games in the Fair Green but it was much larger than it is now and Duggan Park was yet to be built.

The former Galway Grammar School were one of the more active sides in Connacht at the time and they had a regular fixtures list that included games against Ballinasloe.

Other sides that were likely to have provided opposition were Ranelagh School, Athlone and Queens College, Galway (now NUIG). 1896 was the first year of the Connacht Senior Cup and while it would be a few decades before the club got its hands on that trophy it is generally understood that they participated in the competition throughout its early years. 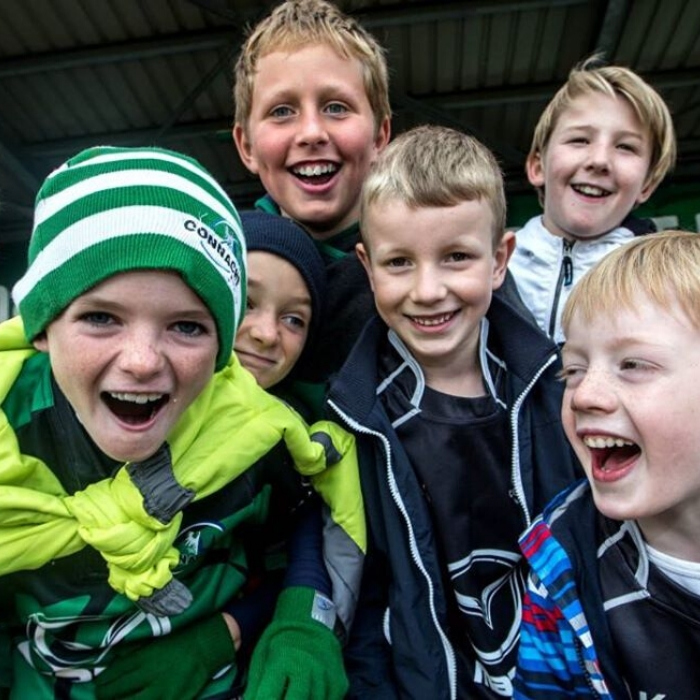 The aforementioned Clancartys departed from Garbally for the U.K. in 1907 and with their exit the club, feeling the loss of their support, experienced a few lean years.

But if one door closed then another opened and the arrival of the Diocesan Seminary (St. Joseph’s College) at The Pines in Creagh in 1901 proved to be a big boost for rugby in the area.

With the knowledge of the game provided by and encouragement for playing shown by some of the teachers, the school provided a well of young players many of whom played their later rugby with the club and a healthy relationship between both continues to the present time.

When, in 1923, the college moved from its Creagh base to the grounds in Garbally, the old seat of the Cloncartys’, some observers saw it as rugby in Ballinasloe coming home.

The club’s fortunes yoyo’ed during the first two decades of the 20th century during which time their status oscillated between senior and junior before the first trophy was brought to the club by way of the Connacht Junior Cup success in 1926 and an 11-0 win over Tuam though some Tuam historians maintain that the final score was narrower. The captain was the late Jack Hogan.

They defeated Salthill the following year to retain the cup while capturing the senior league in 1928 under the captaincy of the late Jack Fahy.

The 1930s proved to be a Spartan period for the club. With the economic depression taking hold and players leaving the area to find jobs elsewhere it was proving a difficult task to field teams though they did lose out to Salthill in the 1933 Junior Cup final. Some local players plied their trade with Loughrea RFC or Shannon Buccaneers.

The return of some former players together with the build-up of a strong squad and enhanced performances led to the capture of the Connacht Senior League in the 1945/46 season, while on a most inclement day at the Sportsground on the 28th of March 1948 Ballinasloe, under the captaincy of Robbie Mannion, took the Connacht Senior Cup for the first time with a 3-0 win over UCG.

They were back to win the Cup again in the ‘49/50 season, where it took three games to dispense of Ballina in the semi-final before going on to defeat Galweigans 8-3 in the decider.

Sean Dillon captained the side. London Irish visited Ballinasloe in October 1952 beating the locals 12-5. In March 1956 NIFC (Northern Ireland Football Club) came to town with the legendary Jackie Kyle in their midst as the locals pulled off a surprise 8-6 victory. 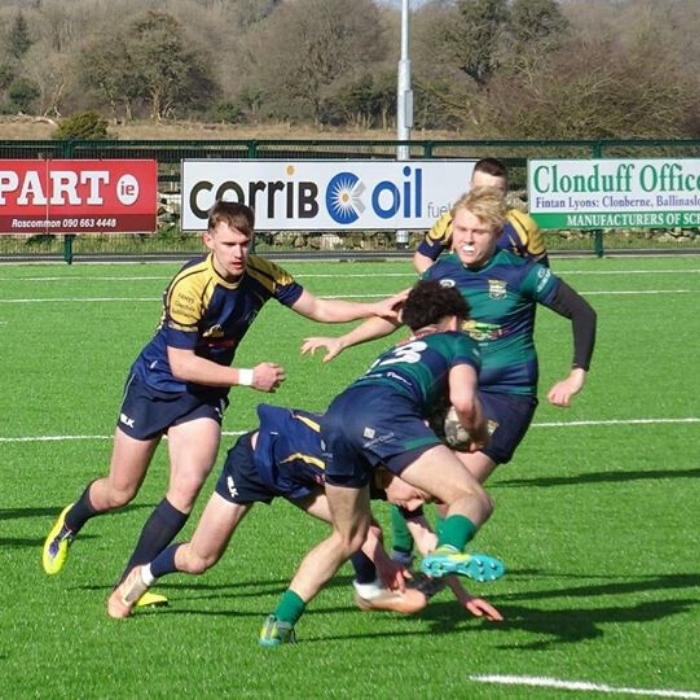 On A Sunny Afternoon

On Sunday, April 20th 1958 on a sunny afternoon at the Sportsground, Ballinasloe won the Junior Cup defeating Rovers 8-3 with Shay Darcy leading the side.

This game heralded the arrival of Ray Mc Laughlin who was to go on and carve out a distinguished international career for himself. The ‘60s were to be a leaner period for the club although a Junior League title came their way in ‘68/69 season.

A Junior Cup was won in’71/72 under the captaincy of Jimmy Coughlan and following a 6-4 win over Tuam. From their earliest days, Ballinasloe led a nomadic existence by way of not having a regular ground of their own to call home.

They performed in the Fair Green (see above), The Pines, The Railway Company’s Field, The Model Farm, St. Brigid’s Hospital grounds and Garbally. All changed in 1975, however, when the club officially opened its new grounds with a clubhouse and car parking space at Graigueawoneeen in its Centenary season — one hundred long years since those hardy boys had togged out against Wanderers RFC in Dublin to kick it all off.

The occasion was marked with a friendly game between a Ballinasloe selection and President’s XV. The former was captained by Ray McLaughlin while the legendary Willie John McBride led the later.

A new home, new surrounds and re-vitalised club, the ‘80s was a growing period for Ballinasloe. Success in rugby at the Community Games led young players towards Graigueawoneen and further success at underage level.

The sport was spreading to a wider hinterland and attracting new families to the club. Success followed in the trophy front and another Junior Cup was won in ‘82/83 seasons when Padge Finn led the side to a 10-0 win over Galweigans.

Playing in the back-row for Ballinasloe that day was one Noel Mannion who later went on to wear the green of Ireland with distinction at senior level and yes, scored THAT try against Wales in Cardiff in 1989.

The club won the Junior Cup and League double in 1985/86 season, beating Corinthians 17-3 in the cup final. In ‘91/92 season Ballinasloe captured the Connacht Senior Cup for the third time in their history overcoming a doughty Sligo side 10-6 in the final at the Sportsground. Captained by Kevin Tierney, their scorers were: Michael Lyons (1 try), Niall Grenham and Cathal Ryan (1 pen. each). 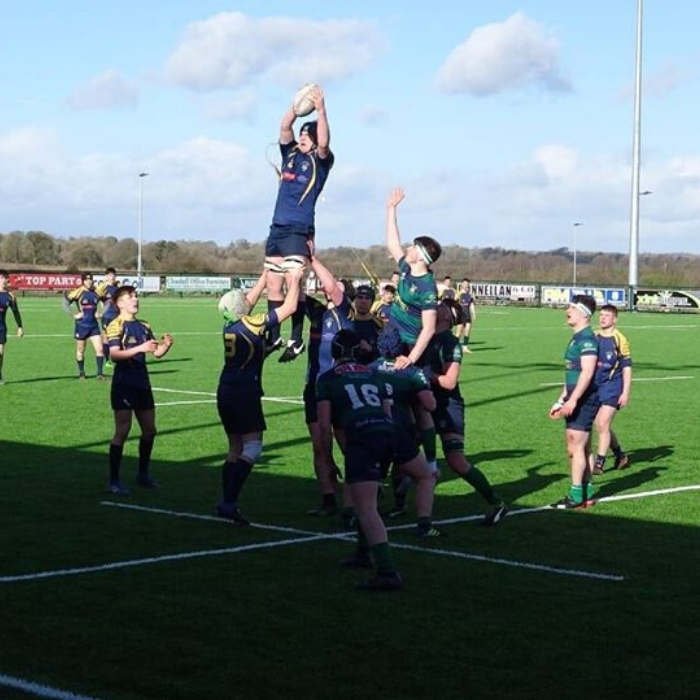 Ballinasloe amalgamated with Athlone RFC to form the Buccaneers for the 1994/95 season and played in the All Ireland League into the early noughties.

Buccs, as they were known, divided their home games between the two parent clubs with the result that some of the top teams in the country were appearing regularly at Graigueawoneen and large crowds of up to 4,000 strong were attending these league games.

Amongst those to appear were: St. Mary’s RFC, Lansdowne RFC, Bangor RFC and Cork Constitution as the local denizens were able to observe, at first hand, the skills and exploits of the leading internationals of the day.

Buccs won the Connacht Senior Cup in 1995, defeating Galweigans 14-11 in the final and with three Ballinasloe players on board – Noel Mannion, Jimmy Screene and Mike Devine.

Incidentally, Ballinasloe’s winning captain in 1992, the aforementioned Kevin Tierney, lined out with ‘Weigans.

During the reign of the Buccs partnership, the Ballinasloe club played no adult rugby but they did field underage teams. Now that the partnership has dissolved adult rugby has returned to Ballinasloe rugby club and while the Buccs concept was an interesting experience the club has a greater identity and larger profile from the adult input.

The club now- a- days fields one or two teams in this category, depending on playing numbers.

The mini rugby program has been advancing steadily over recent seasons and the underage structures are quite robust with some of our youth players being honoured at international youth and schoolboy levels.

In recent ladies, rugby has been introduced to the club and has proven most popular and successful on the playing front.

Over one hundred and forty years old and the heartbeat is still strong.

Send Us A Quick Message

We’re always here to help. If you have any questions regarding Ballinasloe RFC then please feel free to send us a quick message, and one of the committee will get back to you shortly. 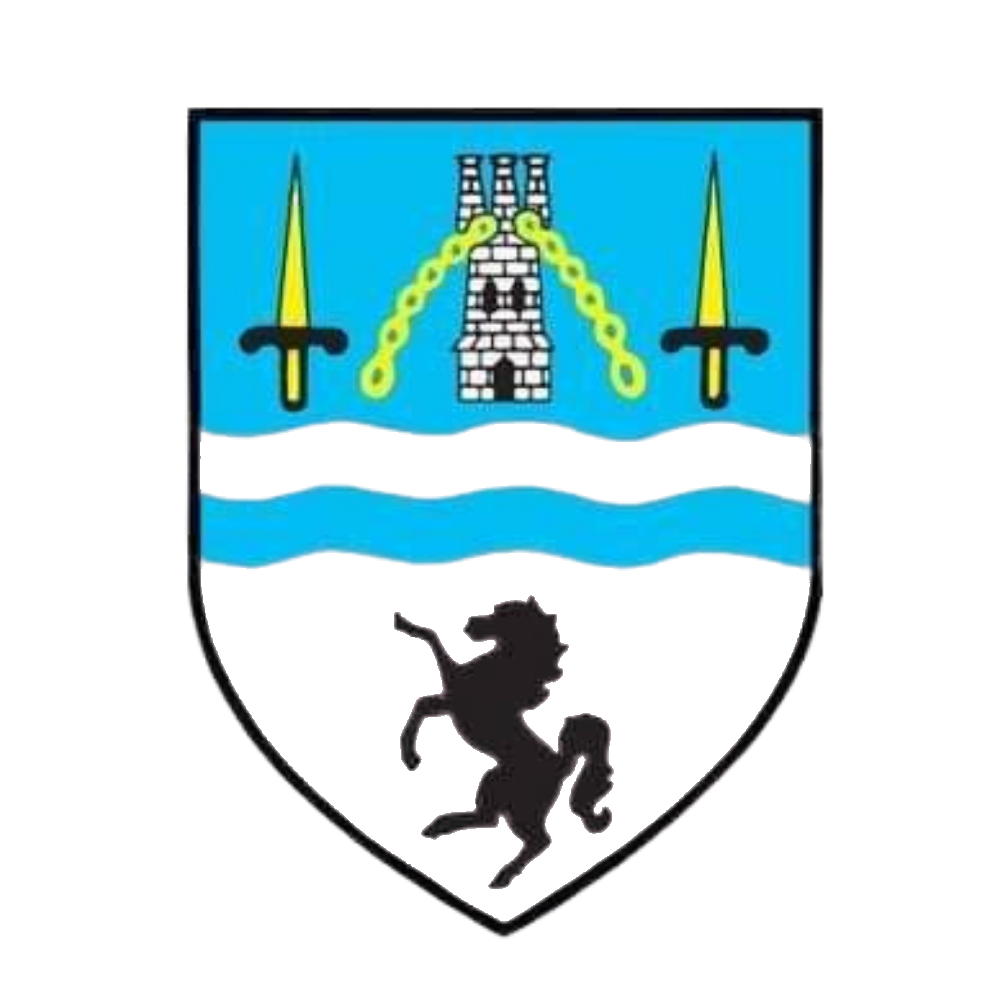